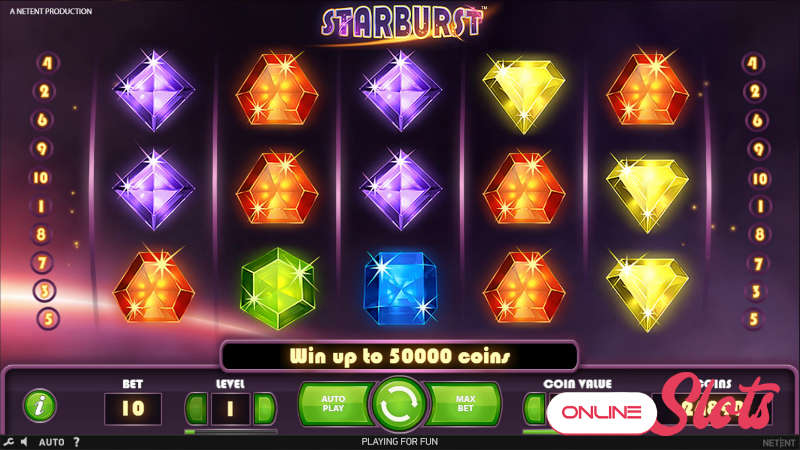 Having captured the attention of slots fans ever since it was released by NetEnt in 2012, this space themed video slot game continues to maintain its phenomenal foothold in the slots market.

Starburst is quite simply, gorgeous with its vibrant colours and an almost hypnotic cosmic soundtrack that’s perfectly balanced against the theme and visuals of the game. Visually beautiful, and made up of brilliantly lit jewels and gemstones, Starburst is a slot game suitable for both newbies as well as for seasoned slot gamers. Owing to its simple, uncomplicated gameplay and fast exciting pace, Starburst offers something for everyone. With 5 reels and 10 paylines, Starburst has a wide range of betting limits and a variety of coin values, with the default minimum being 1c, and the maximum 100. The minimum bet per spin is just 10c, perfect for low budget players and for the high rollers, the maximum bet of 100 euros makes Starburst a very clever slot game.

Starburst is made up of dazzling gemstones and intergalactic shining stars that need to be lined up in order to create a win. The slot game offers players the world over the nostalgia of the fruit machine mixed with the excitement of a classic arcade game.

Starburst may have been released over 6 years ago, but it’s retained its graphical quality. Old-school symbols capture the nostalgia of playing classic slot machines while the space theme is reflected in the star-studded backdrop and the spacey soundtrack.

High energy blasts of music build the anticipation of big payouts and what the game lacks in traditional free spins and bonus rounds, it more than makes up for with the innovative expanding wild re-spin feature.

The gems take on a variety of shapes and colours that determine their value. The higher paying symbols are ‘7’ and the ‘Bar’, both reminiscent of slots long before the introduction of video technology. This makes Starburst not only a classic theme but it’s also a modern slot game.

Starburst comes with autoplay, a feature that allows you to automatically play through as many spins as you would like without creating any breaks from the action.

Starburst offers no free spins but even so, there are many free spins on offer. Instead of a free spins feature, is an expanding Starburst Wild that dazzles. When the Starburst Wild appears on either of the 3 centre reels, they expand over all the reels and remain for up to 3 re-spins. When this happens, the other reels will re-spin and if a new Starburst wild appears during the re-spin, it expands and holds in place for another re-spin. The feature continues to offer free spins until no new Starburst Wilds appear.

If you manage to get 3 expanding Starburst Wilds, start celebrating as the wins could reach a massive $€50,000!

It’s true that one of the things players enjoy most are bonus games and although Starburst doesn’t offer any free spins, scatters or bonus games, when the Wild symbol expands over reels 2,3 and 4, the wins and free spins generated more than compensates.

The Wild also triggers a re-spin each time it appears and although the maximum you can win are 5 free spins, this feature happens regularly.

If a second Wild symbol lands on your reels during the re-spin, a Sticky Reel feature is activated and the potential wins are huge. The Wild symbol will also lock in its place, giving players a re-spin. This can be repeated a second and third time and with three locked Wild reels in place, you can start preparing for some very big wins!

Microgaming, NetEnt, and WMS are the biggest win-both-ways suppliers and with NetEnt’s Starburst, wins-both-ways means that the game’s 10 paylines can be hit left-to-right and right-to-left.

Starburst is all about fast action and smooth gameplay and its pure simplicity is one of the reasons why it is so popular with players the world over. Its space-based theme is an attraction at all the NetEnt casinos. It may only have five reels and ten paylines, but to quote an old adage, less is certainly more, especially with Starburst.

We only list regulated and secure online casinos that you can play Starburst at. Follow our links and start playing the adorable slot game that everybody loves today.

Starburst is a fast-paced slot game that offers fun gaming with exceptional sound effects and great energy. The rules are simple enough for newbies to instantly play and enjoyable to the seasoned gambler as it offers frequent payouts.

One thing is certain, Starburst continues to be very popular and casinos don’t seem to be showing any signs of stopping any time soon. All told, Starburst definitely lives up to its reputation as the best slot machine. 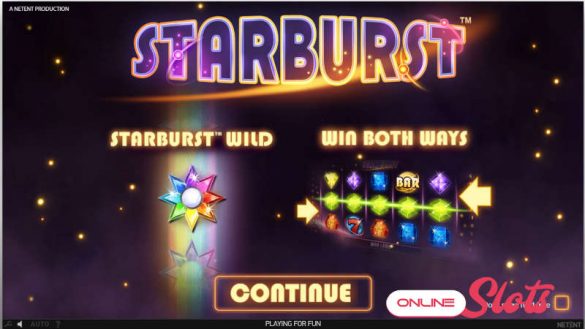 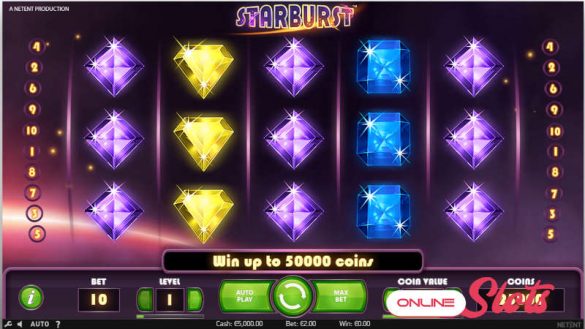 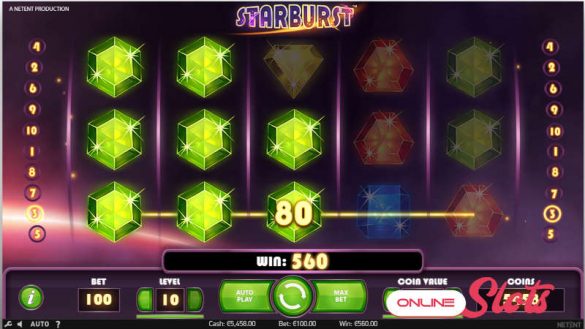 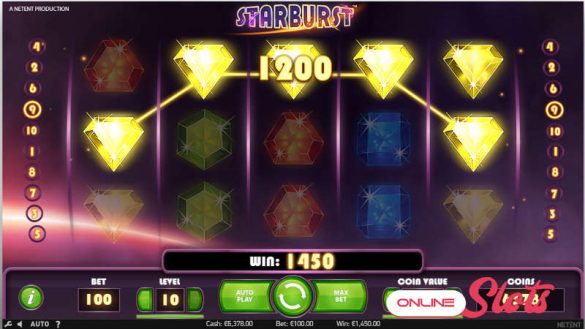 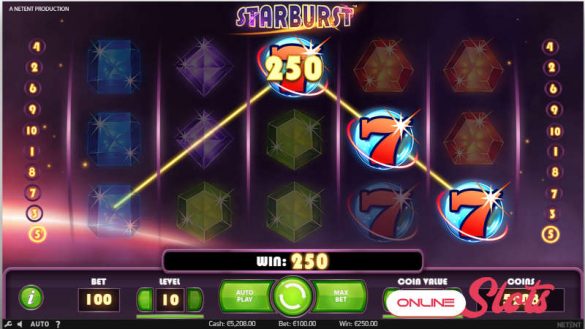